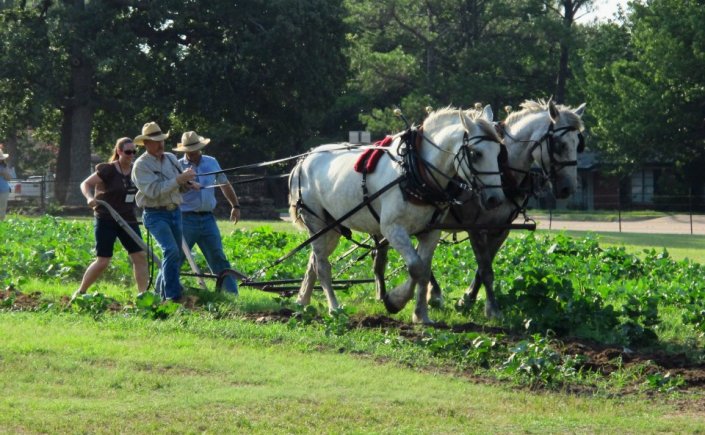 This summer I was asked to judge how straight people were. But it’s not what you think.

I was a judge in a plowing competition—plowing the old-fashioned way, with horses. A straight furrow is a point of pride with expert plowboys and plowgirls (or ploughboys and ploughgirls, for those who prefer the British variants).

It’s not that I have any particular skill in plowing, but the annual ALHFAM plowing competition was short a judge. (ALHFAM is the Association for Living History, Farm, and Agricultural Museums.) When the chief judge, Bob Powell of the Highland Folk Museum in Scotland, asked me to help out, he said it was because I won the novice class a few years ago, and the next year—by virtue of having participated one time—got bumped up to the expert, or “fine” plowing class and took third place.

I reminded him that it had been a low-turnout year.

Nonetheless, I agreed to judge mostly because I hoped to extract bribes in the form of cold liquids. After all, we were in Farmer’s Branch, Texas in the scorching summer of 2012. 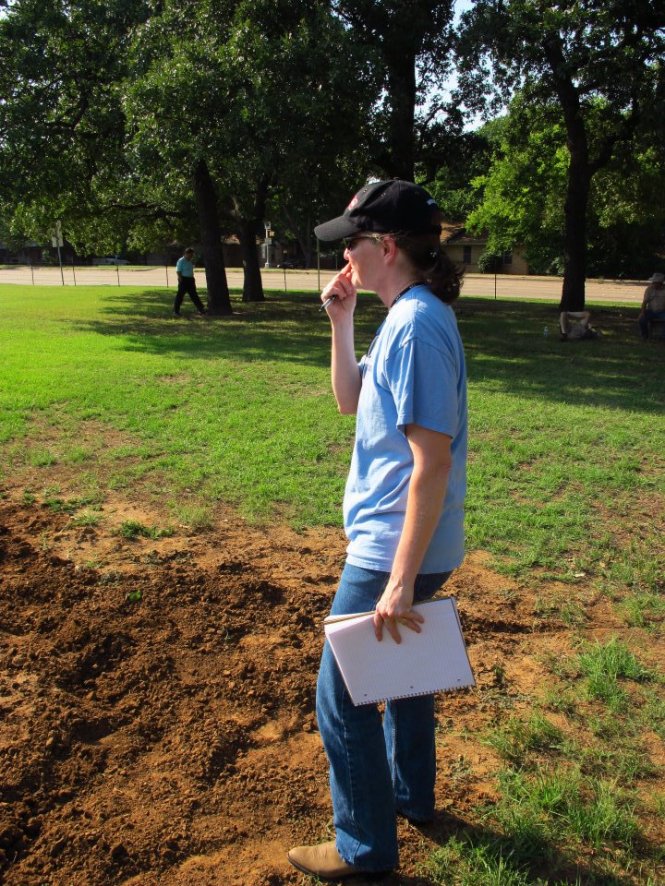 We had three judges: one looking for consistent depth, one assessing style, and this humble plowgirl judging straightness. Keeping the plow going straight isn’t straightforward, pun intended. Changes in the soil, such as impacted areas or patches of clay, can turn the point, as can obstacles such as rocks. And it’s a little like backing up a trailer or piloting a boat with an outboard motor—you turn the opposite the direction you want to move. With a plow it’s more of a lean than a turn, but the concept is similar.

One contestant wore a dress, perhaps in a misguided attempt to sway the style judge. But the rules committee declared that attire—including the presence or absence of manly footwear—was not to be evaluated. And yes, we’ve had people plow barefoot before.

The more experience competitors have, the less instruction they receive from the plowing coach. All contestants were ably assisted by Bonnie and Max, a pair of Percheron draft horses, and Ken Murray who handled the reins and talked to his team. True experts working with their own teams can handle both the plow and the reins, but thankfully Ken wasn’t part of the competition.

When we got to the banquet where the awards were to be given, I found out that everyone got free cold beer, so all bribes were off. I introduced the ceremony with a little ditty I’d penned on the bus, sung to the tune of “The Star Spangled Banner.” Several ALHFAM members have asked for the lyrics. Why, I’m not sure. But here they are:

Oh say can you plow
When you do not know how?
While the judges hold court
And the horses are snorting?

The broad beam and bright share
Taken up on a dare,
While the road apples dropped
Were so bountifully steaming.

Yes the horse runs on grass!
No don’t look at his ass!
Keep your eyes on the dirt,
Best to not wear a skirt.

Oh say does that furrow
Look deep straight and true?
If it is, you win your class,
If it’s not, blame the ass!

One of the Canadian ALHFAM members asked me if it was disrespectful to appropriate the tune from our national anthem in this manner. I told him no, given that the tune started out as an English song celebrating wine, love, and poetry. Why can’t we celebrate beer, horses, and manure?

But in case some of you think I’m not sufficiently respecting America and/or plowing, here’s a poem written by Kentucky poet and author Jesse Stuart. It was published in 1934 in a collection of sonnets titled Man with a Bull Tongue Plow. He lived near where my mother grew up in eastern Kentucky, and near where my mom’s relatives (and my mom, when she was young) worked tobacco with mules for decades. Somewhere I have photos of one of my mom’s cousins in the tobacco with his mule team in 1977. If I can find them I’ll post them.

Hot summer days and we toil in the fields,
We hoe and plow tobacco, corn and cane,
We walk barefooted on mulch in the fields
Until the mulch is made mud by the rain,
When loose earth packs by rain we hoe again,
And when weeds grow we cut the weeds again.
Beneath the sun we watch the drifting skies,
We lift our hoes and look with sweat-dimmed eyes.
We watch the lazy drifting, drifting skies—
Tobacco leaves are pretty in the wind,
When all the weeds are cut around the stalks
And plows have cleaned the weeds well from the balks.
Tobacco plants are pretty in the wind—
Oh, prettier plants are harder now to find.
–Jesse Stuart

(Thanks to Derrick Birdsall for his photos, and for hosting a great conference.) 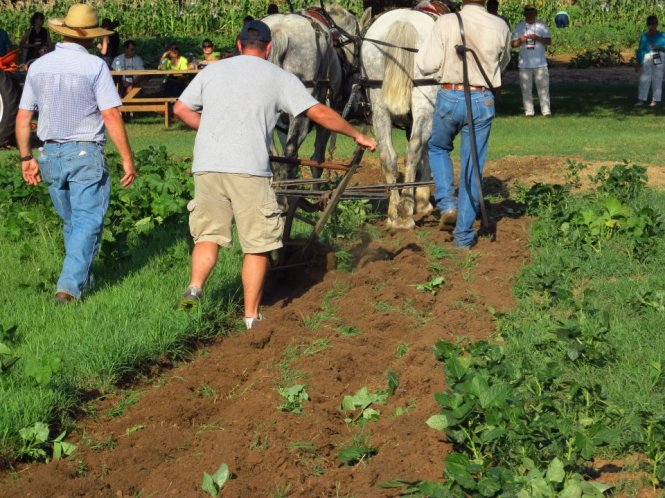